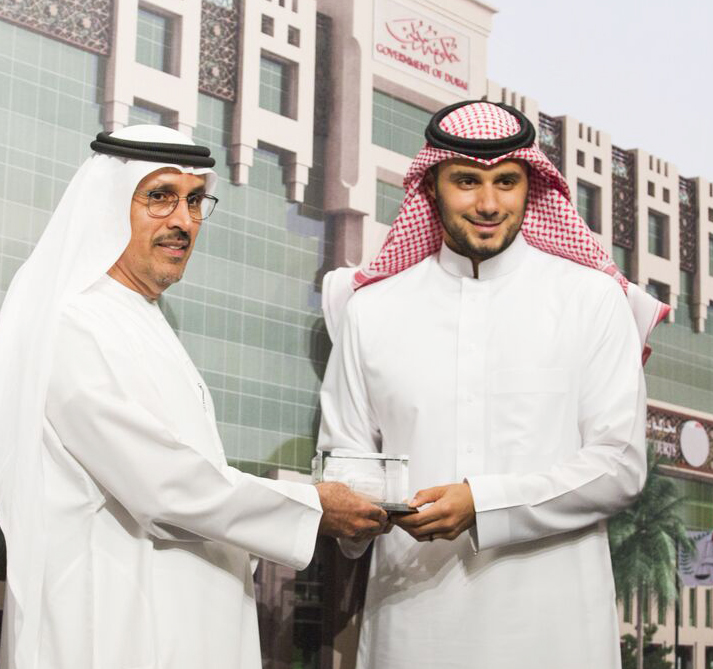 “The sector is seeing considerable growth, it’s inviting a lot of entrepreneurs to get on board,” said the Saudi businessman and entrepreneur. “I think the outlook is very clear— the more we bring businesses online, the better it is for the economy as a whole, and for those developing startups and running SMEs in the region.”

As Saudi Arabia moves to diversify its economy away from oil and lure foreign investments to the kingdom, the 38-year-old Prince has a word of advice for young people: Step out of your comfort zones.

“Another thing that can be done to encourage e-commerce in Saudi is having people move away from joining the family offices and family businesses, and instead, have them follow ambitions of entrepreneurship,” Prince Khaled said. “This younger generation in the GCC is an early adopter of e-commerce sites, and they are really well-positioned to move into actually founding those types of ventures.”

Prince Khaled, who is the son of billionaire Al Waleed bin Talal, chairman and founder of Saudi-listed Kingdom Holding Company, is no stranger to taking risks. His own investment vehicle, KBW, isn’t just eyeing tech startups or even confining itself to the Saudi and UAE markets.

When it comes to neighboring Iran, for example, KBW has made it clear that it doesn’t like to close doors— although, it’s not committed to investments there in the immediate term.

“Iran, as an emerging economy, is certainly worth consideration and there are tons of MENA-based companies widely publicizing that they are already looking in that direction for business development,” Ahmed Alkhoshaibi, Group CEO, told Argaam.

Last week, the Group, which typically focuses on synergistic acquisitions and company formations, signed an agreement with Greek engineering and consulting firm Salfo and Associates to expand operations and collaborate on projects in the Middle East and Europe.

It also recently partnered with France tech firm Ascorel Group to facilitate the sale, implementation, and distribution of Ascorel’s technologies focused on the heavy machinery sector across the Middle East.

In late June, UAE-based Grayscale Interiors sold a majority stake to KBW. The interior fit-out firm specializes in projects for commercial office space sectors and has a pipeline of works across the Gulf region— which fall in line with KBW’s investment plans.

“A bevy of opportunities have presented themselves in Qatar, in Saudi Arabia, and in the UAE, all of which we are currently studying,” Alkhoshaibi said.

“Our portfolio company, NGP, a leading manufacturer of robotic parking systems, partnered with other relevant entities for this landmark agreement in UAE’s history,” Alkhoshaibi added.

KBW, which is the holding company behind builders like Arcadia Engineering, Raimondi Cranes, and Klampfer Middle East, is well-positioned to execute and bid for more PPPs, in sectors like hospitality or transportation, he said.

Although construction has seen setbacks in Saudi Arabia with the plunge in oil prices and reduced government spending, KBW has had a positive outlook for the sector so far this year.

“Construction definitely will be the biggest in terms of our profits for 2016, followed by manufacturing, with Raimondi Cranes which KBW acquired in January of 2014.”

Farha Abdelhaaq contributed to this article