Brent crude jumped more than 6 percent to $49.39 as key OPEC players hinted they were close to reaching a deal on capping output levels.

OPEC today is discussing an agreement reached in Algiers in September that called for the 14-member cartel to cap production between 32.5 million barrels per day (bpd) and 33 million bpd.

Member countries Iran, Libya and Nigeria have been exempted from cuts as their output remained low due to unrest and sanctions.

After arriving to the meeting, Saudi energy minister Khalid Al-Falih on Wednesday said OPEC was “getting close to a deal.” The kingdom is reportedly hoping for a 600,000 barrels per day cut from non-OPEC producers.

“I'm optimistic,” Iranian Oil Minister Bijan Zanganeh was quoted as saying by Iran’s state news agency. He added that there has been no request for Iran to reduce output.

"I think we are looking at a very positive meeting," UAE Energy Minister Suhail bin Mohammed al-Mazroui was quoted as saying by Reuters.

Ministers from Angola, Algeria and Nigeria also said they believed OPEC would reach a deal on Wednesday.

Oil has remained volatile throughout the week, with prices dropping nearly 4 percent Tuesday on reports of disagreements between Saudi Arabia, Iran, and Iraq. 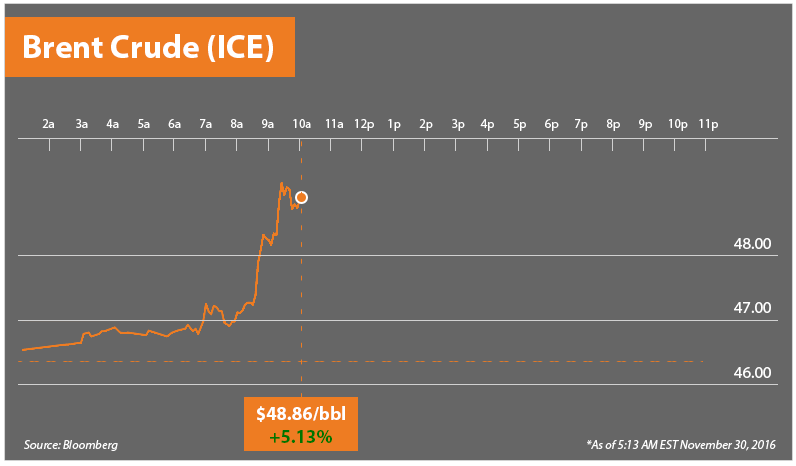