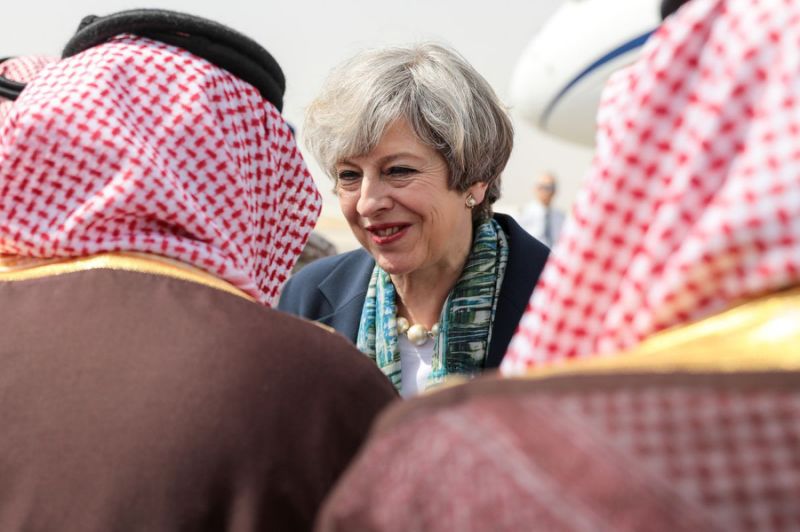 The meeting, which was also attended by LSE chief executive Xavier Rolet, took place during May’s ongoing two-day visit to the kingdom.

LSE is among several global bourses vying for the lucrative listing of 5 percent of oil giant Saudi Aramco in 2018, said to be valued at $100 billion. Other exchanges in the running are New York, Toronto, Singapore, Tokyo, and Hong Kong.

Hosting the Aramco IPO would be significant for the UK as it leaves the European Union, following the Brexit vote last year.

May’s visit to Saudi Arabia is aimed at boosting trade ties and counter-terrorism cooperation, according to an official statement by the UK prime minister’s office.

“Saudi Arabia is currently the UK’s largest trading partner in the Middle East, with exports of British goods standing at £4.67 billion ($5.83 billion) and services at £1.9 billion ($2.4 billion) in 2015,” the statement said.

May and Rolet also met with Yasir Al-Rumayyan, managing director of Saudi Arabia’s Public Investment Fund (PIF) on Wednesday to discuss investment opportunities in the UK, it was reported.