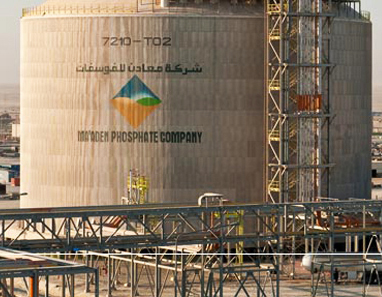 “Accordingly, all main expansions of the company are now in commercial production phase, which will be positively reflected on the income statement going forward,” Albilad Capital added.

However, the mining firm is projected to incur higher depreciation charges and interest expenses in the second half of the year.

The brokerage firm remained “neutral” on Maaden, upping the stock’s price target to SAR 47 from SAR 44, on the second-quarter strong results and launch of operations at the DAP plant.