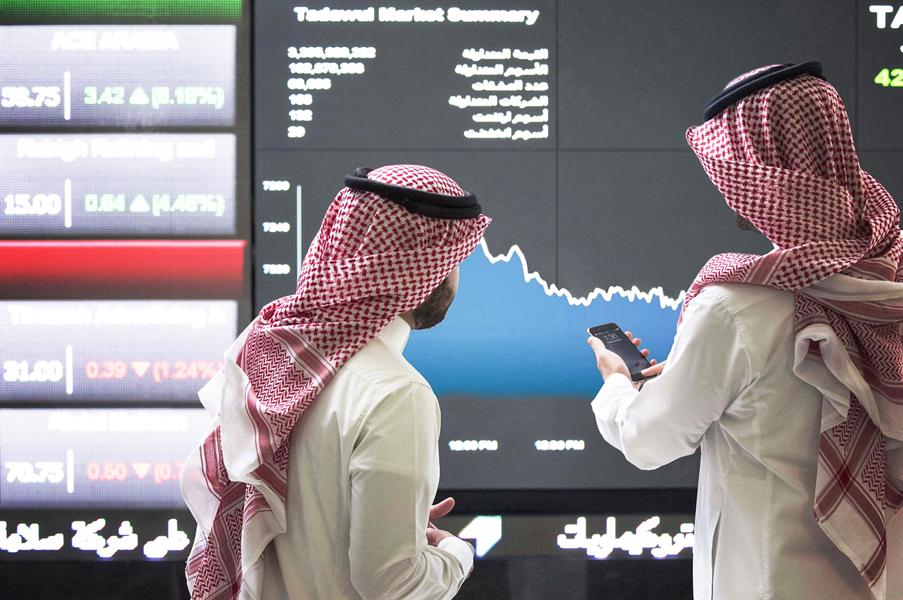 The optimism of Saudi Stock Exchange (Tadawul) being included in MSCI's emerging markets index is making Saudi stocks "increasingly more expensive than the group it is poised to join," Bloomberg reported.

Shares on Tadawul have surged 14 percent this year, partly driven by foreign investors who expect the upgrade to MSCI will trigger “billions of dollars of inflows from funds tracking global benchmark indexes.”

The expectation of upgrade has already pushed the capitalization of Riyadh’s market beyond that of South Africa in dollar terms for the first time in 11 months, Bloomberg said.

Index compiler MSCI will announce a decision on whether to add the Kingdom to its emerging-markets indexes on June 20.

In May, Tadawul was included in the FTSE Russell emerging market index and will join starting March next year.

Meanwhile, estimated price-to-earnings ratios for the benchmark Tadawul All Share Index have been above the 50-day average for most of 2018, though the same measure for the MSCI Emerging Markets Index has traded below it.

Saudi Basic Industries Corp., a diversified manufacturing  company, and Al Rajhi Bank, are expected to see the “biggest inflows” following an MSCI upgrade as they comprise almost a quarter of the local stock gauge; both trade at more expensive levels than emerging-market peers.

While analysts have been cutting their average earnings estimate for Saudi companies over the past month, after sending it to a two-year high in early May, it remains higher for the year and that may be "too optimistic," the report added.