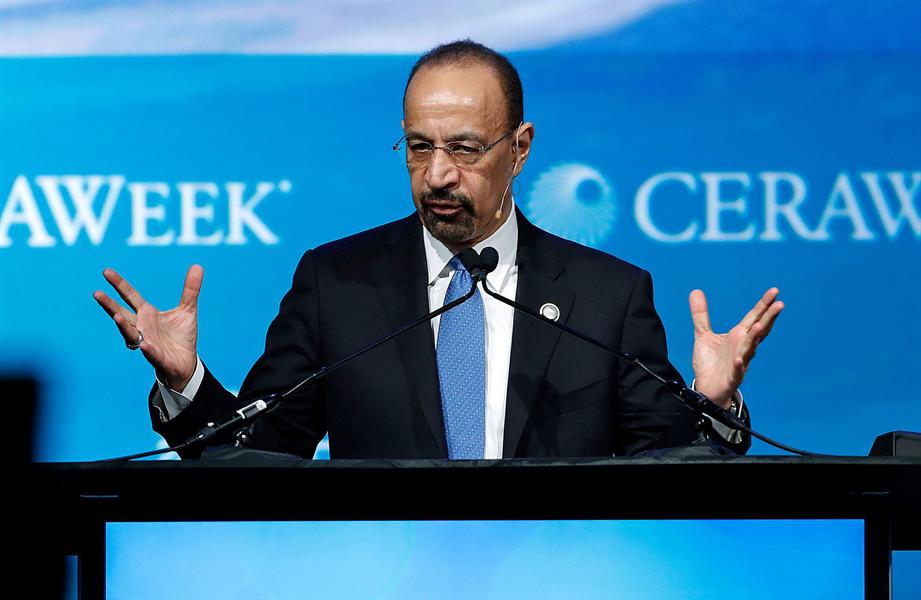 Saudi Arabia acts as a “shock absorber” in the global energy market, and will continue to offer a cushion to supply disruptions, the Kingdom’s energy minister Khalid Al-Falih said on Monday, cited by Arab News.

Without Saudi Arabia’s efforts, oil prices could’ve returned to their levels five years ago, when prices exceeded $120 a barrel. The Kingdom currently produces 10.7 million barrels and it plans to produce more next month, he said.

Speaking at the CERAWeek event in India, the minister said it was time this balancing role was acknowledged by the international community.

“We could have another unanticipated, unplanned disruption. We’ve seen Libya, we’ve seen Nigeria, we’ve seen Venezuela and we have sanctions on Iran. These supply disruptions need a shock absorber,” Al-Falih said.

“The shock absorber has been, to a large part, Saudi Arabia. We have invested tens of billions of dollars to build the spare capacity which has been two to three million barrels over the years — that’s equivalent of production capacity of major producers.”

Commenting on the electric vehicle market, Al-Falih noted that petrol and diesel engines would co-exist with emerging electric and hydrogen fuel cell technologies for much longer than some observers expect.

Meanwhile, Saudi Arabia seeks to strengthen energy ties with India, the minister said, adding that Saudi companies including Aramco, SABIC and Maaden plan to increase investments in the country.