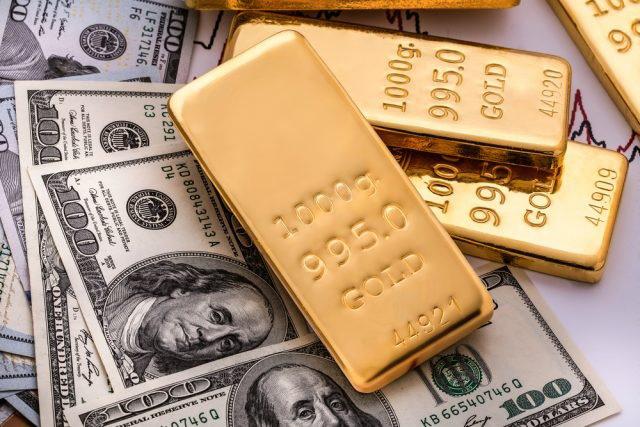 Gold prices edged down on Monday, as the US greenback held firm below a 19-month peak on safe-haven demand amid rising concerns of a global economic slowdown.

In Saudi Arabia, gold was last retailing at SAR 4,646 an ounce.

The price movement of the yellow metal will depend closely on the future trajectory of US monetary policy as the Federal Reserve is set to raise interest rates by 25 basis points at its Dec. 18-19 meeting.

“Markets will rally on the back of dollar weakness after the central bank signals a more dovish stance, but the advance will fall back quickly as global growth concerns reassert themselves,” Reuters quoted INTL FCStone analyst Edward Meir as saying in a note.