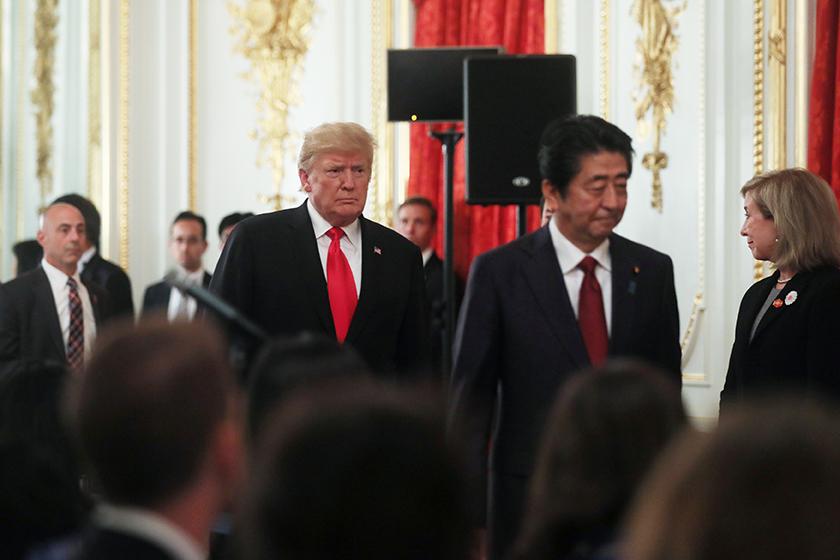 The United States and Japan hope to have more to announce very soon on a trade deal, US President Donald Trump said on Monday after meeting Japanese Prime Minister Shinzo Abe during a state visit.

Trump's goal was to remove trade barriers so as to give US exports a fair footing in Japan, he added.

Speaking at a joint press conference in Tokyo, Trump said, the nations will "be going to the moon and Mars very soon." He added that "from a military standpoint, there is nothing more important right now than space."

The leaders did not provide details. Abe spoke of walking "hand in hand" with the United States on some issues. Abe said Japan would be making "new investments" in key US states.

The prime minister said that in part due to Trump's visit to Japan, the bond between the countries "has become rock solid.