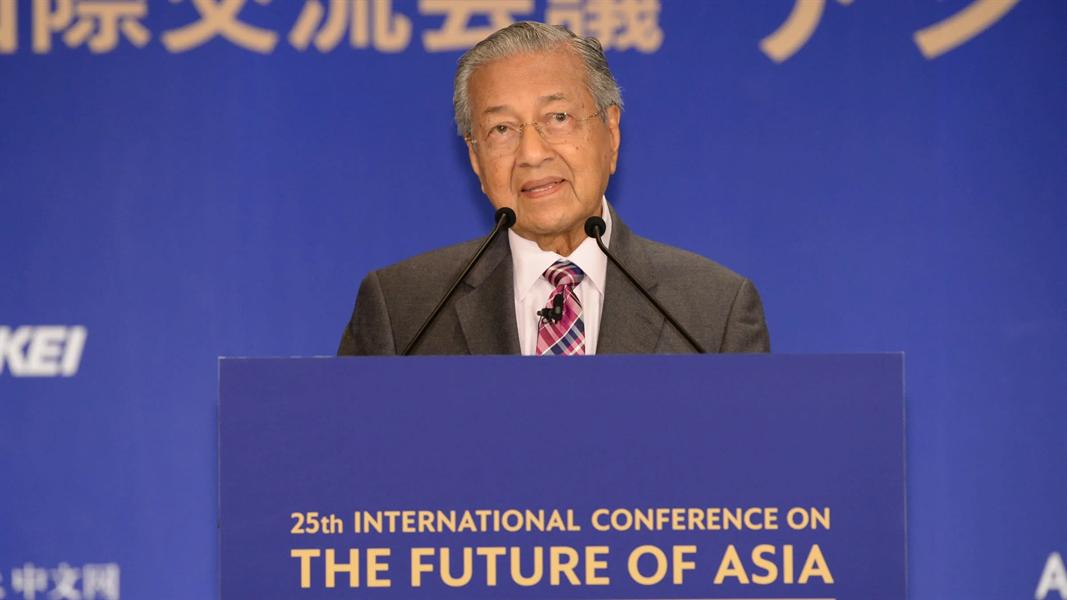 Malaysian Prime Minister Mahathir Mohamad on Thursday called for talks to resolve the ongoing trade dispute between Washington and Beijing and urged the world to accept China's technological prowess.

The US cannot expect to always be at the top in technology, and countries need to talk to deal with a powerful China, Mahathir said at a conference in Tokyo. He also appeared to side with Chinese telecom giant Huawei, which the US has put on a blacklist.

"We try to make use of their technology as much as possible," Mahathir told the Future of Asia conference, noting that Huawei has achieved a "tremendous advance over American technology."

"We have to accept that the US cannot forever be the supreme nation in the world that can have the best technology in the world," he said.

For months, the world's two biggest economies have been locked in a standoff over trade balances and technology, including allegations that China uses unfair tactics, such as stealing trade secrets.

The Trump administration has imposed 25 percent tariffs on $250 billion in Chinese imports and is planning to tax another $300 billion in imports that have so far been spared.

It escalated the stakes this month by effectively barring US companies from supplying Huawei with computer chips, software and other components without government approval.

Mahathir said nations with differing ideologies must be able to get along.

"It is worth it to talk to each other and stop this confrontation," he said.

He warned that conflict between the US and China would only lead to "greater destruction."

"We want to see reasonable, responsible countries sit down around a table and discuss problems. How do we deal with China, a strong China which is very rich because China has got money," he said.