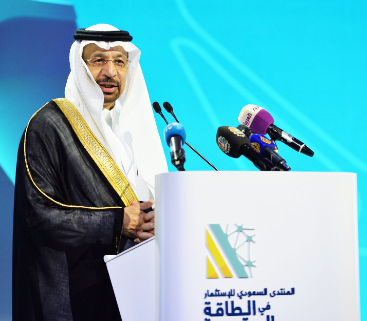 Saudi Arabia on Monday launched the King Salman Renewable Energy Initiative, under which 10 percent of power will be generated from renewable energy sources.

Most of these renewable energy projects will focus on solar and wind energy in the first stage, energy minister Khalid Al-Falih said at the Saudi Arabia Renewable Energy Investment Forum in Riyadh.

The new program will produce 10 gigawatts (GW) of the kingdom's total power. The program will then be scaled up to produce 75 GW and then, 100 GW.

The kingdom will tap the nuclear energy field at a suitable time, Al-Falih said, adding that the new program will comprise 30 projects which will be implemented in three stages over eight years.

The new power-purchasing company planned by Saudi Electricity Co. (SEC), is still being finalized. Long-term contracts which may extend to 25 years will be signed with the new company, in line with the sector regulations.