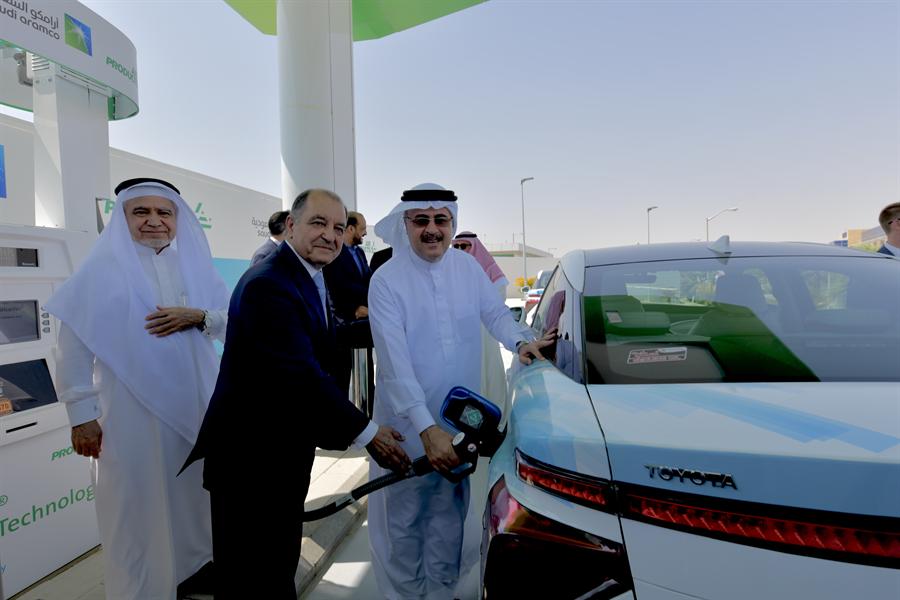 Saudi Aramco and US-based Air Products and Chemicals (APD) inaugurated today the first hydrogen fueling station in the Kingdom, the oil giant said in a statement.

The fleet of Toyota Mirai vehicles will have a driving range of 500 kilometers, as they are able to fuel up in five minutes using water, as opposed to an hour for traditional battery electric vehicles.

“This pilot project represents an exciting opportunity for Saudi Aramco and APD to demonstrate the potential of hydrogen in the transport sector and its viability as a sustainable fuel for the future,” said Amin Nasser, President and CEO of Saudi Aramco.

“Today’s milestone is an important step in making oil-to-hydrogen a reality as Saudi Aramco continues to be focused on creating breakthrough technologies and solutions as part of our long term efforts to reduce carbon emissions and address climate concerns,” he added. 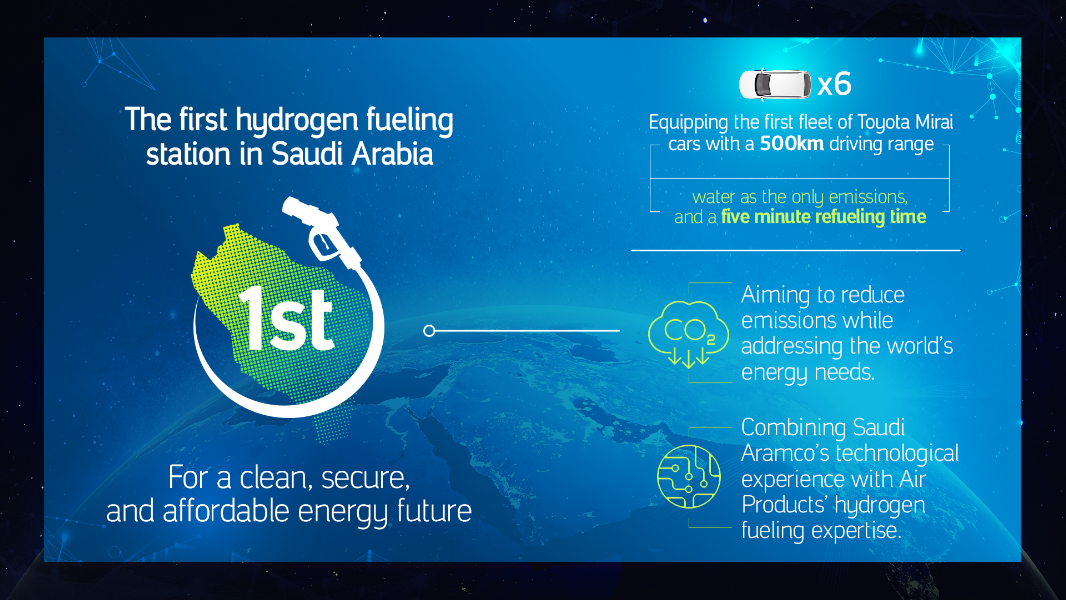 The data collected during the initial phase of the project will provide both companies with valuable information for the assessment of future applications of the emerging new technology, Aramco said.