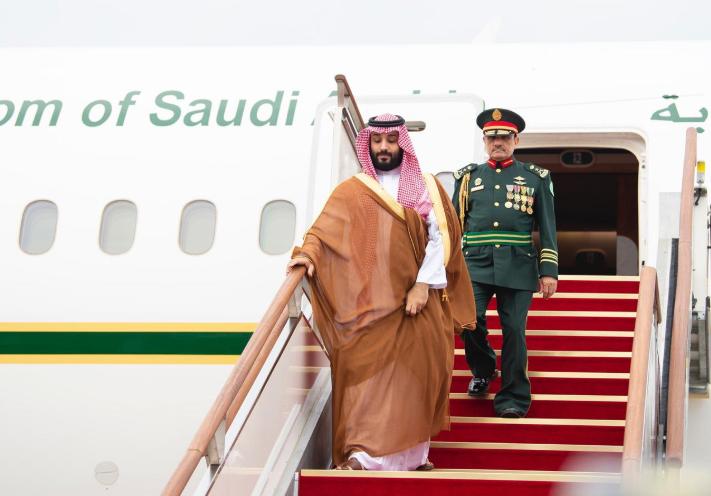 Saudi Arabia’s Crown Prince Mohammed bin Salman has arrived in Seoul for the first leg of his official trip to South Korea and Japan, the Saudi Press Agency (SPA) reported. 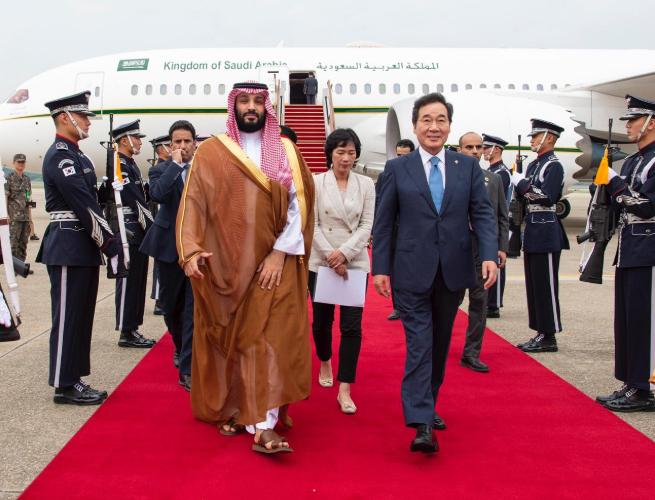 The Crown Prince was welcomed by President Moon Jae-in and South Korean top officials upon his arrival, with a welcoming ceremony being held at the presidential Blue House in his honor.

He is due to meet Jae-in later today to discuss wider economic ties between the two countries, according to the presidential office.

SPA also reported that the trade volume between the Kingdom and South Korea rose 21 percent in 2018 amounting to SAR 112.5 billion ($30 billion), while Saudi non-oil exports to South Korea reached 56 percent during the same period.

“Saudi Arabia, a key ally of South Korea, is the biggest oil supplier to our government and the largest economic partner among the Middle Eastern countries,” Arab News reported, citing the presidential spokesperson Koh Min-jung.

“Both leaders are expected to discuss detailed measures to expand bilateral cooperation beyond the traditional areas of construction and energy to the sectors of information and technology, nuclear energy, green cars, health, public service and exchange of human resources,” she added.

The export of South Korea’s APR-1400 nuclear reactor technology to Saudi Arabia is high on the agenda of the meeting, the report further stated.

The visit is the first by an heir to the throne of the world’s largest oil exporter since then-Crown Prince Abdullah’s tour in 1998. The Crown Prince will also attend the G20 Summit next week in Osaka, Japan.