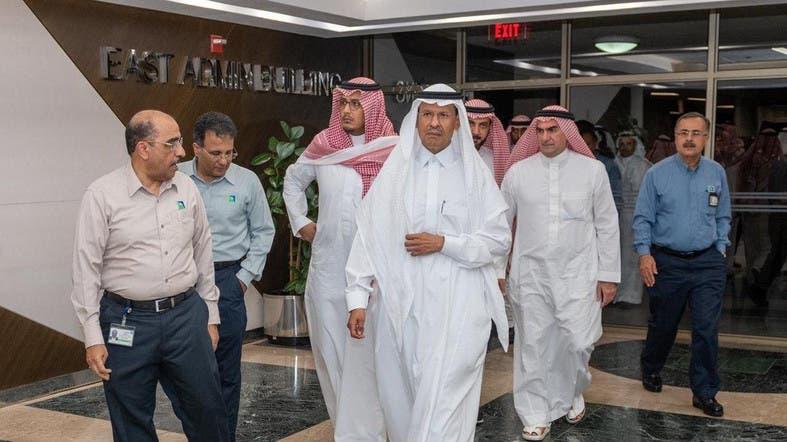 The attacks on early Saturday targeted two Saudi Aramco facilities, one located in Abqaiq, near Dammam in the Kingdom’s Eastern Province and the other in the Hijrat Khurais oilfield.

The energy minister also held a meeting with Yasser al-Rumayyan, chairman of Saudi Aramco’s board of directors; Amin Nasser, President and CEO of Aramco; and a number of other officials.

The meeting discussed the latest developments in the wake of the attacks on Aramco facilities. The attack did not have any impact on the supply of electricity and water, neither the fuel supply to the domestic market, SPA added.

Also, the attacks did not result in any casualties among the workers.